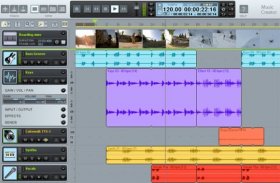 The outcomes tend to be what obviously try to be a GarageBand killer for Windows users. Music Creator had always, quietly, already been a large hit for Cakewalk: it’s cheap, entry-level pc software for the Computer, which includes the possibility to achieve a huge market of computer people. But the computer software it self had been absolutely nothing to boast about, with a dated-looking interface.

Songs Creator 5 appears stunningly various. The arrangement screen has the familiar, GarageBand and ACID-style cycle arrangement window. But you can find improvements you may expect in a more impressive DAW: quick in-line accessibility track parameters, movie preview frames at the top, fancy time displays and editing resources. There’s in addition a sophisticated-looking blending mode with visual EQs alongside choices.

There’s also lots of instrumental and effects content for a $35 software. You will get preset playback features – slightly like everything enter Kore Player, right down to the pre-mapped 4-8 knobs and 4 trigger buttons – with 150 devices. There’s the rather sophisticated Studio Instruments Drums for some acoustic and electric drum components, making it simpler to actually plan your own personal habits versus depend on loops.

Simply put, you obtain the effectiveness of what might as soon as being a leading Cakewalk DAW, for 35 dollars. (Windows-only) Some of the power options could possibly be a little daunting to novices – recently, I’ve heard that grievance also applied to the relatively minimal GarageBand. 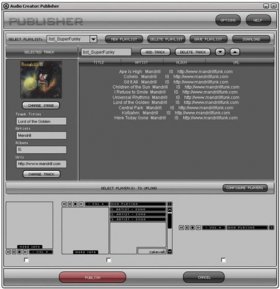 Cakewalk’s clever Publisher device causes it to be easy to export directly to an embeddable player.

As far as price, though, there’s a whole lot within field, and a nice balance between looping features while the type of acoustic drums and notation and revealing functions which could interest groups just starting to include some type of computer. I actually think the integrated program in Steinberg’s competing Sequel is a little better and runs on the Mac, too, but there’s a great deal of added-in functionality in Music Creator that makes it wider in scope, and some of that added energy are a deal-maker based on your requirements.

The toughest competitors with this, i do believe, may be the elegant and flexible REAPER, which also costs just 40 bucks for a non-commercial permit. Cakewalk gives you more within the package, but the number itself in REAPER is objectively more powerful and will actually stand-up against high-end DAWs.

it is too bad that there isn’t a basic level application on the market that doesn’t easily fit in the ACID/GarageBand mildew, but I can’t truly argue aided by the cost.

But i do want to hear from you – beginners available to you, just what do you consider? (maybe not a beginner your self? Go grab a few of your Facebook friends and have all of them.)